To develop an in-situ sensor that enables measurement of the density of ceramic tiles during pressing by using Ultrasonic Pulse Velocity measurement (UPV).

The occurrence of density gradients in ceramic tiles during pressing is believed to be the main cause of defects during processing. Problems such as differential shrinkage and warpage (bending of tiles) typically arise leading to losses or down-grading of final products. Density gradients are caused by poor die design, bad practice and/or unsuitable particulate materials, with the resultant poor flow ability impacting on die filling uniformity. Currently, these faults go undetected until been fired, rendering them scrap, which is difficult to recycle and often sent to landfill. 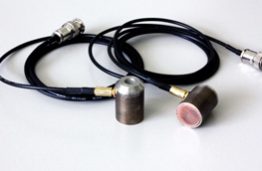