Creep is the time-dependent, thermally assisted deformation of the component operating under stress. Metal pressure components such as boiler tubing, headers, and steam piping in fossil-fired power plants operate at thermal conditions (above 538C) conducive to causing creep damage over the operating life of the component.

To ensure safe and reliable operation of such components in service, utilities periodically use non-destructive evaluation techniques to inspect these components for damage. These inspections are largely targeted at detecting late stage creep damage in which cracking is active in  the component and provides qualitative rather that quantitative data.

Recent advances in NDE technology have provided enhanced capabilities ffor incipient creep failure detection. CreepTest will seek to apply time reversal focusing and full matrix capture techniques that have already shown a capability to identify early stage creep damage. A library of the defects will be produced with the aim of providing inspection limits and the probability of detection for the techniques developed in the project and thus enable accurate life cycle prediction of components under inspection. 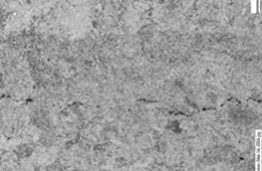